Trying to capture the sunset… impossible 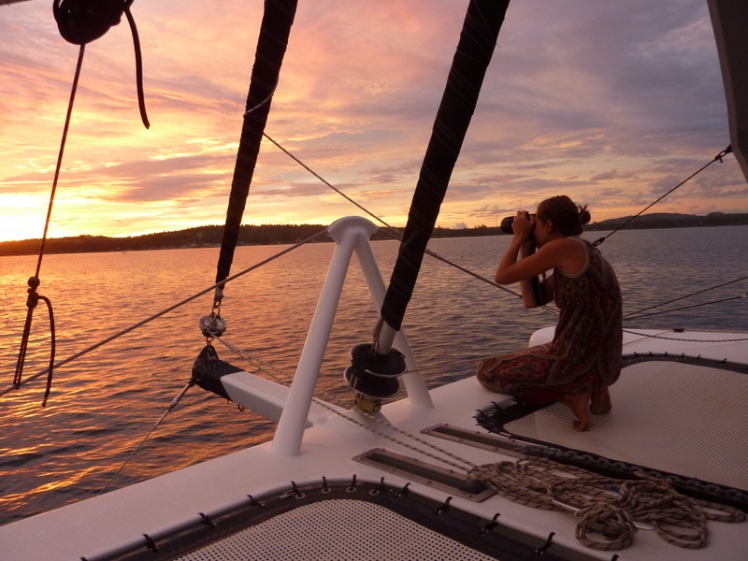 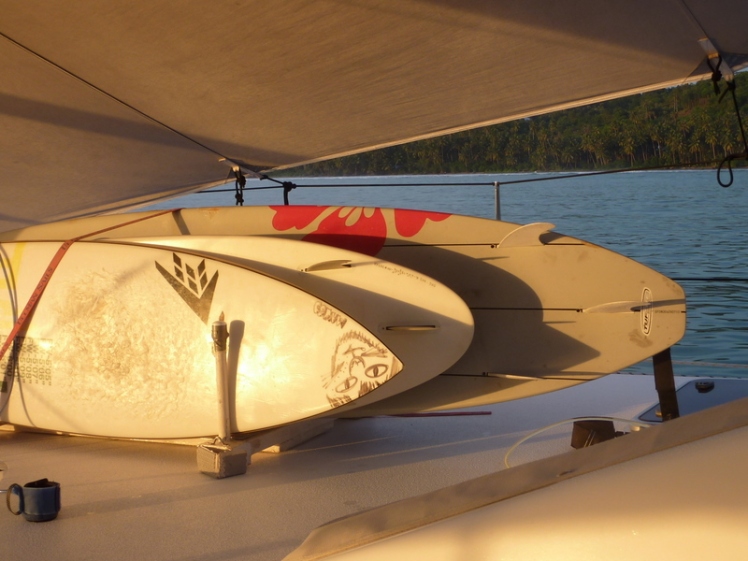 The parasite getting in the way

Six things we have learned

1. You can surf and smoke: As demonstrated by the charter boat deckie who jumped into the lineup with a lit ciggie, paddled around for five minutes while he chuffed it away and then disposed of the butt in accordance with Indonesian best practice (i.e., throw it in the ocean).
2. The parasite is definitely a boy: The scans are wrong. The doctors’ analysis of the scans are wrong. General Indonesian wisdom is the parasite is a boy, based on…?
3. 24 weeks and four days is enough: No more surfing for the first mate until the new year.
4. Getting changed into board shorts discreetly under a sarong will draw heckles and is deemed offensive. Dropping your pants and doing a poo on the beach in front of your friend’s house is acceptable.
5. The first mate’s night shift pants do not fit anymore: She grew out of them sometime in the past three weeks. She hopes to fit back into them one day…
6. It is time for us to leave Indonesia: We will never know why, after five months, Indonesians bring out the worst in us… 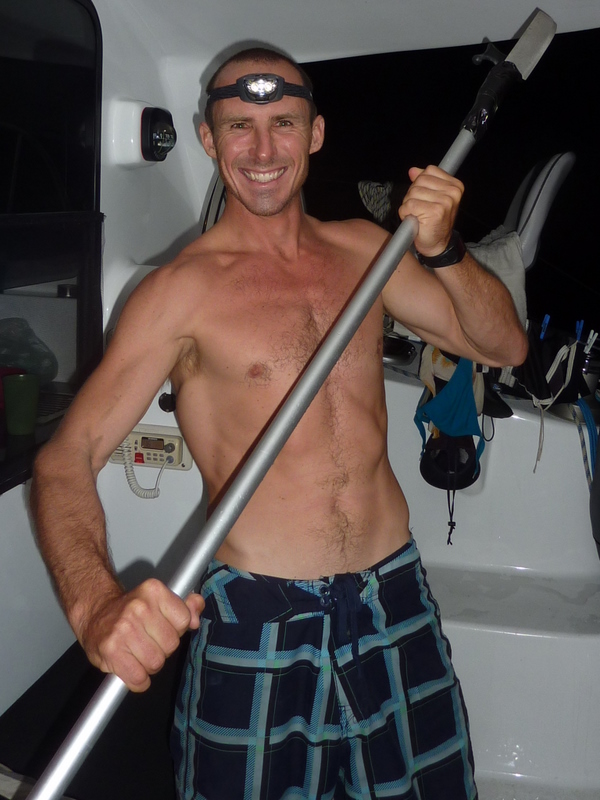 The sea snake (behind bucket – head on left; tail on right)

Doctoring up a connection piece 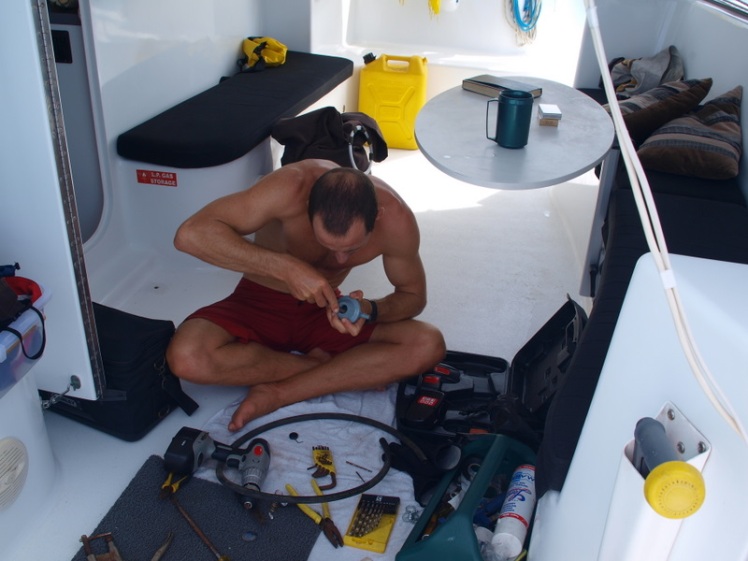 Seven of the best bits

1. Marinating in salt water: Eight hour days in the office. Dawn session + mid-morning session + lunch session + early afternoon session + mid-afternoon session + sunset session. The skipper’s surfing hat is sun-bleached.
2. Bossing around the first mate: At 20 weeks, the skipper imposed the following restrictions on the first mate’s surfing:
*Maximum number of sessions a day: one.
*Maximum session time: one hour.
*Maximum number of people in the lineup: ten.
*Maximum wave height: head high.
*Minimum surfboard length: eight foot.
*The skipper may call in first mate at any time. The skipper’s decision is final.
3. Not running out of gas: The skipper doctored up a connection piece to siphon gas from 15kg Indonesian gas bottles into our bottles. They said it could not be done. It could be done. We did not have to subsist on cold canned goods for our last two weeks in Indonesia.
4. Navel gazing: Watching the first mate’s belly grow. This month the parasite was busy renovating; putting in extensions to make her living quarters more palatial.
5. 24! 24! 24!: We watched seven seasons in four months. Jack, Chloe, Silver Fox, Tony, Nina and all the gang… we miss you… bring on season eight.
6. The Lesh Bros & Co. & their veranda.
7. Best item on board in September in the opinion of:
*The skipper – Surfing hat. 100% lycra spandex body and chin strap + plastic brim + the-amazing-Dale patented neck safety cord. It prevents sun-bleaching of hair, squinting and unsightly splotches.
*The first mate – Book shelf. It is important to have at least 50 books on hand from which to select your next read. The ability to carry a wide selection of books is one advantage of travelling by boat as compared with backpacking.

Four of the worst bits

1. Extremely venomous and potentially deadly sea snake in the tender: The skipper sat 2cm from the little fella for 10 minutes. He thought it was a rope that looked like a snake. It was a snake that looked like a rope.
2. The phrase “give me”: Especially when it is followed by “giveme-giveme-giveme-giveme-giveme”. Is there anywhere else in the world where massage ladies relentlessly hassle you to give them stuff – your earrings, your handbag, your sunglasses, your sarong – during your massage?
3. Fake paddlers: Beware fake paddlers: fake paddle for two waves in a row and the first mate will drop in on you.
4. Getting bossed around by the skipper. See best bit #2. 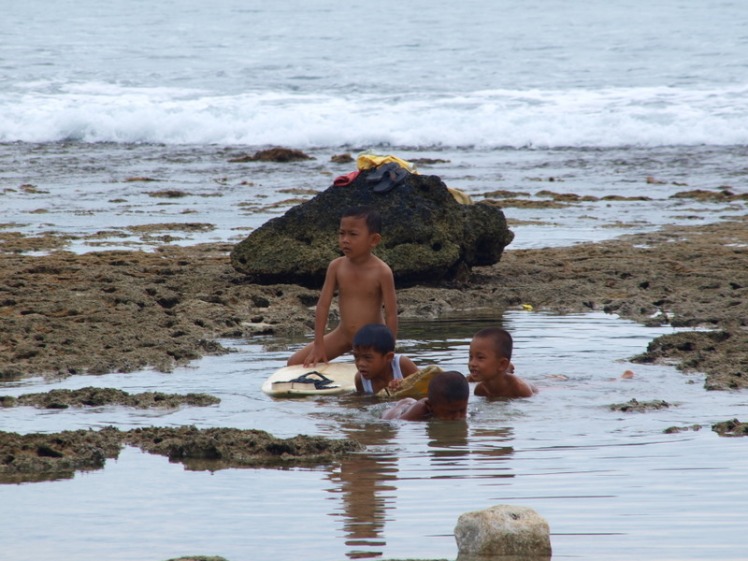 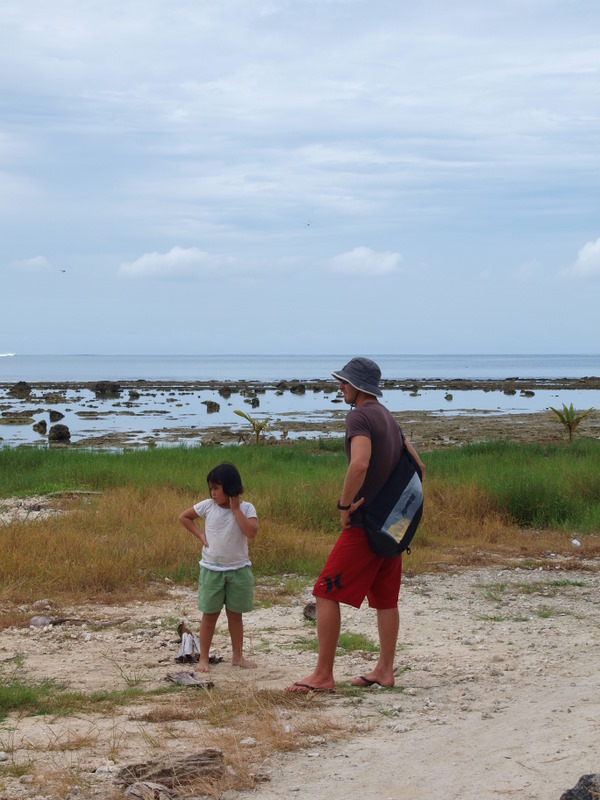 The skipper [Photo by Tara Moller] 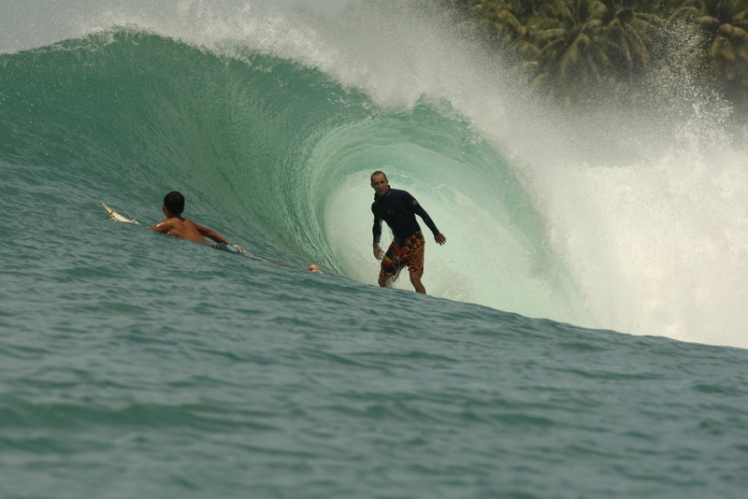 The first mate dropping in on a fake paddler

Aceh fishing technique – round up fish in nets; throw spears at them 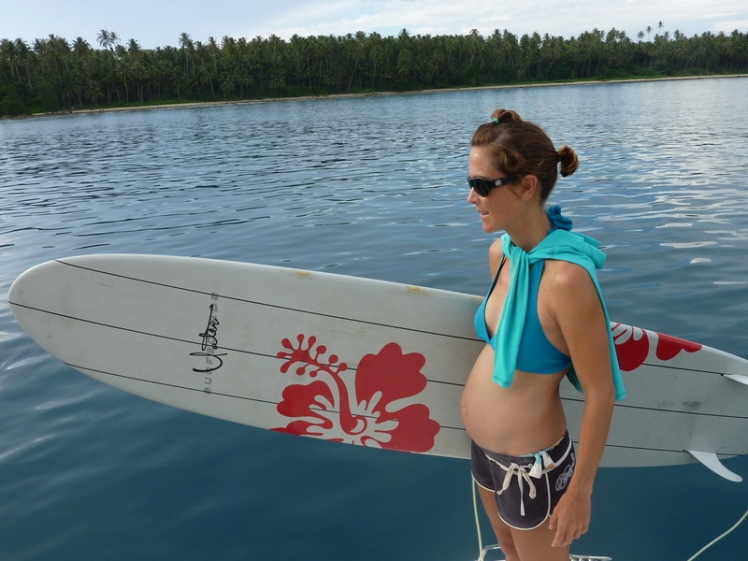 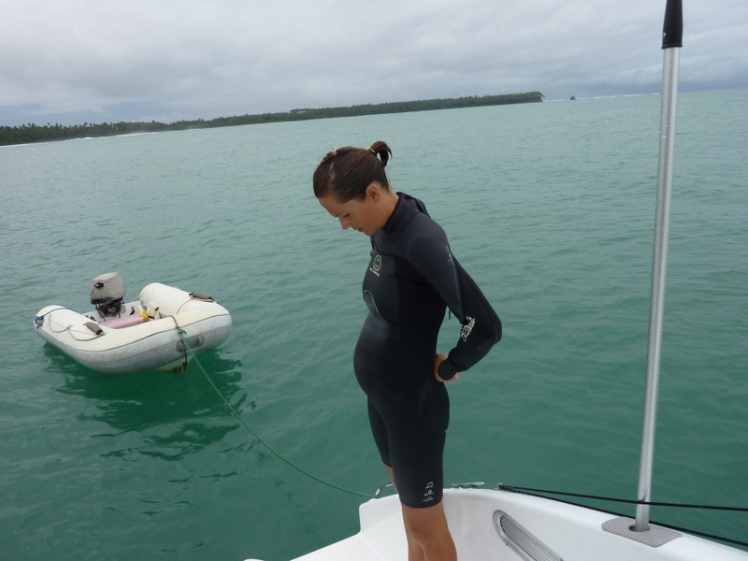 *The mysterious affair at styles : Agatha Christie (3.5 stars) – Agatha… ahhhhh… my guilty pleasure.
*The book thief : Markus Zusak (3 stars) – Quirky. Humans being beautiful. Humans being ugly.
*The American : Henry James (2.5 stars) – Quaint. Overflowing with unlikable characters.
*The golden notebook : Doris Lessing (3 stars) – About madness; being on the edge. I wanted to love it. I liked it… sort of.
*A case of exploding mangoes : Mohammed Hanif (2.5 stars) – Unfortunately I did not “get” much of the satire. For those who have general knowledge of Pakistan or the cold war, I expect it is a funny read.
*Captain Scott : Ranulph Fiennes (4.5 stars) – Confirmed: Zinc will not be sailing to Antarctica.
*The shadow of the wind : Carlos Ruiz Zafon (3.5 stars) – The translation felt a tad clunky but the setting, characters and plot were enchanting. Difficult to put down.