LIFE. It is possible to fly from the Gold Coast to Phuket in the same day. It requires a change of planes in KL, and door-to-door, it takes about 18 hours. We have done this with Willow a few times. It is horrid. We now stopover in KL for a day or two. This time, I was determined to avoid a repeat of the last stopover we had in KL — when hanging out at the airport trumped water park fun — so I arranged for us to stay at a hotel far from the airport and close to the water park. However, despite my well laid plans, saturated fun was not on the cards for us this time in KL either. We ended up at the World Robot Olympiad 2012 instead. It was interesting. I have said it before, I will say it again, we are complete dorks.

…The drain cleaner robot who does the work currently performed by small children in India. 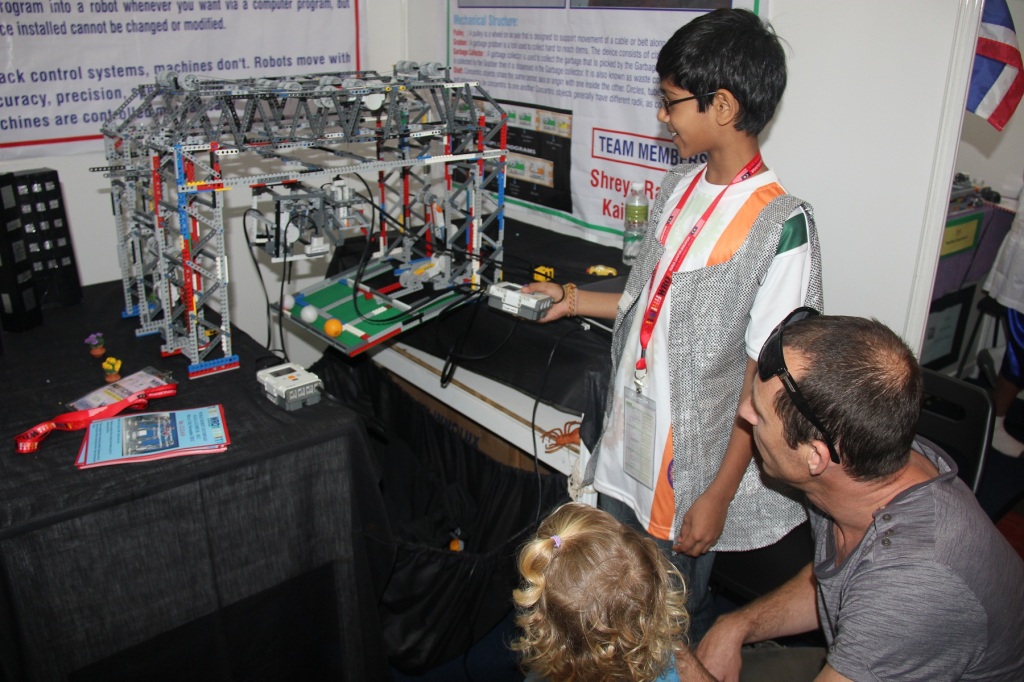 …The nanny robot who we will engage if we have another child.

LIFE. We had planned to step off the plane, hoist Zinc’s sails and skip towards the sunset and the Andaman Islands. Our plan relied entirely on an early change of season, on the north-easterly winds blowing in early November. Wishful thinking on our part for sure. Oh well. While we waited for the wind we…

…played at the beach and at the pool…

…and finalised preparations for sailing. 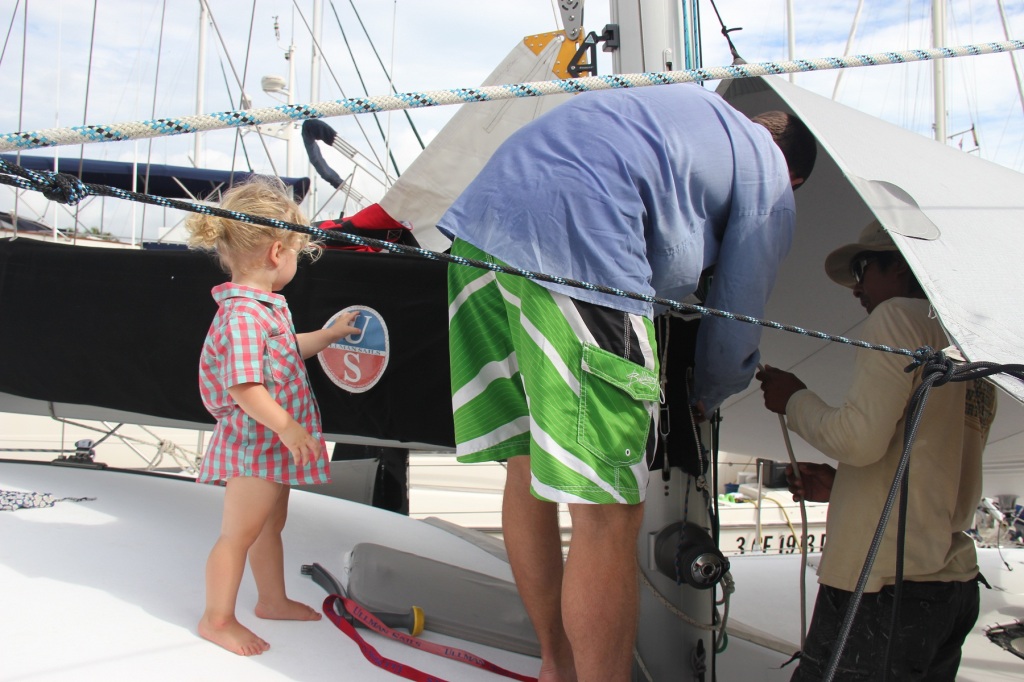 BOAT KID. Within a few months, Willow has gone from being extremely unpleasant to have on board, to being an absolute joy. The transformation is remarkable and, we surmise, comes down to our ability to fully communicate with her now. Willow finally understands that Dale and I are the benevolent dictators of the civilisation Zinc. There remains the occasional — at least twice daily — outburst of civil unrest, but otherwise our society is peaceable. 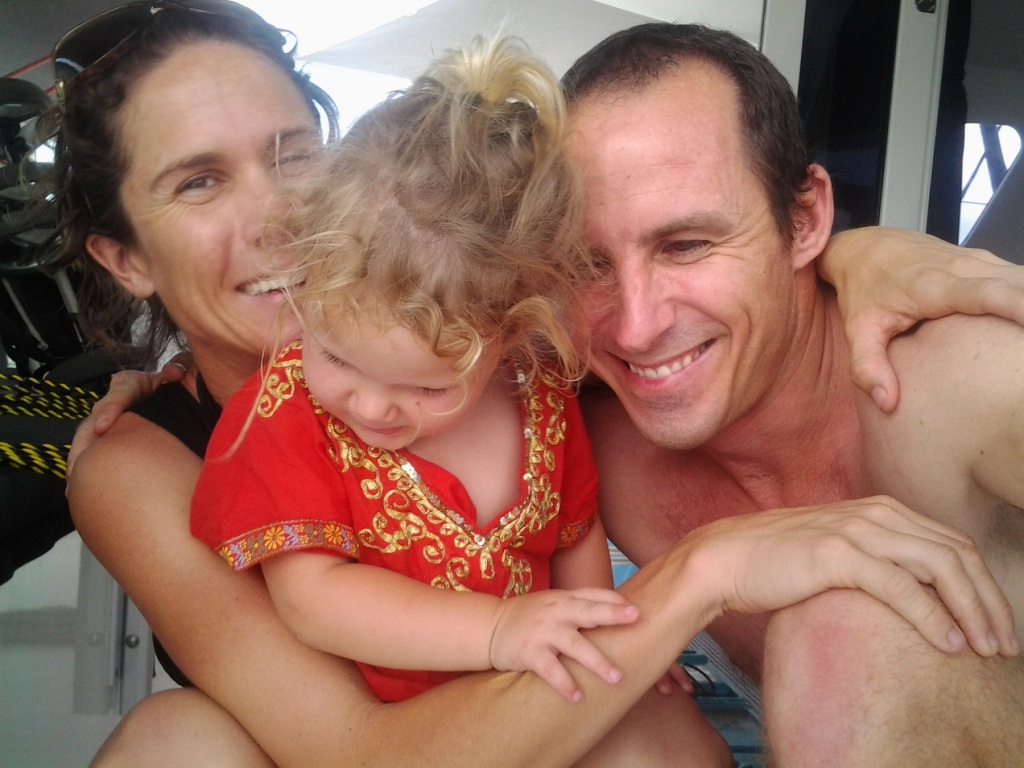 BOAT KID. For those of you who are interested in the practicalities of life on board with a toddler, here are some photos of our set up.

…The world’s smallest bedroom. We had a mattress made to fit the floor of the walk-in robe in the cabin where Dale and I sleep. Willow loves her bedroom and has started to take herself there at 11.15am and 6.45pm each day. It is a tight squeeze but there is just enough room for one of us to lie down with her to read books. 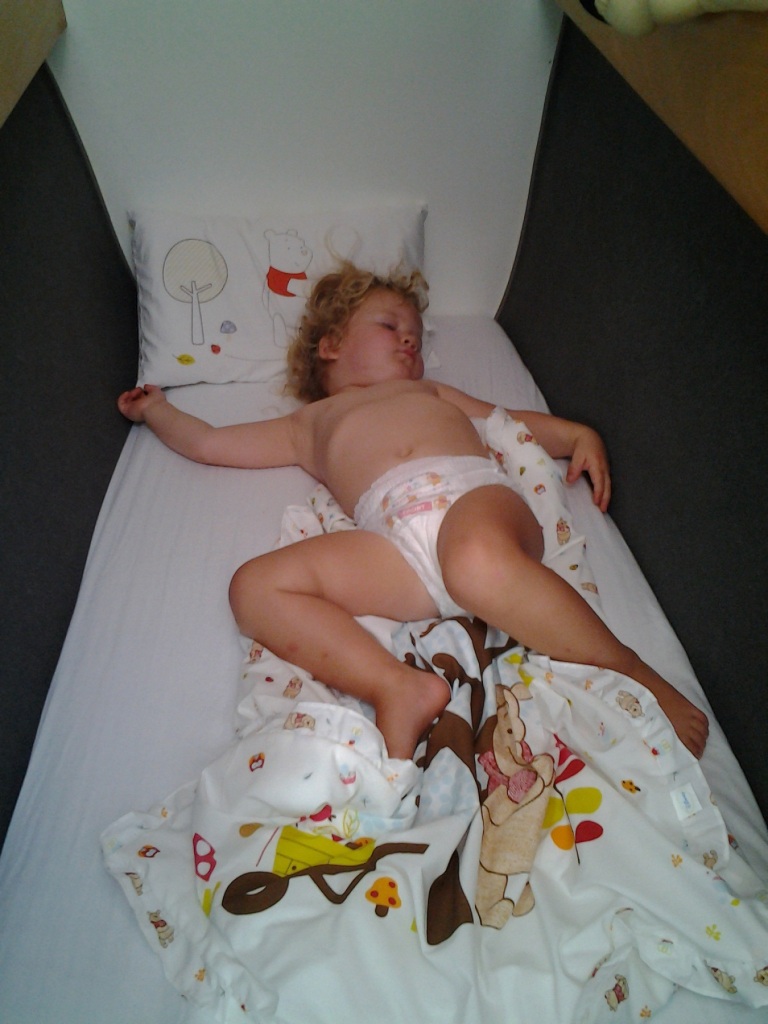 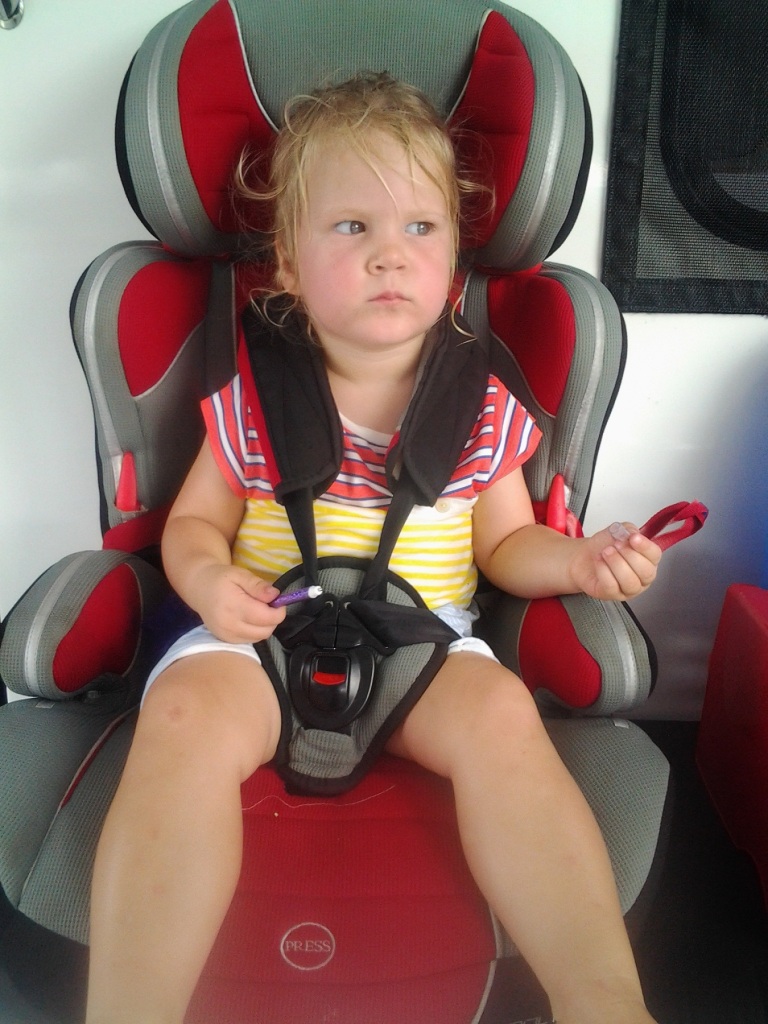 …The world’s ugliest nappy bag. But by gee it is practical for marine living.

SAILING. Within moments of sniffing the first breath of air from the north-east, we threw off the mooring lines and Zinc was free. We were away. It felt amazing. 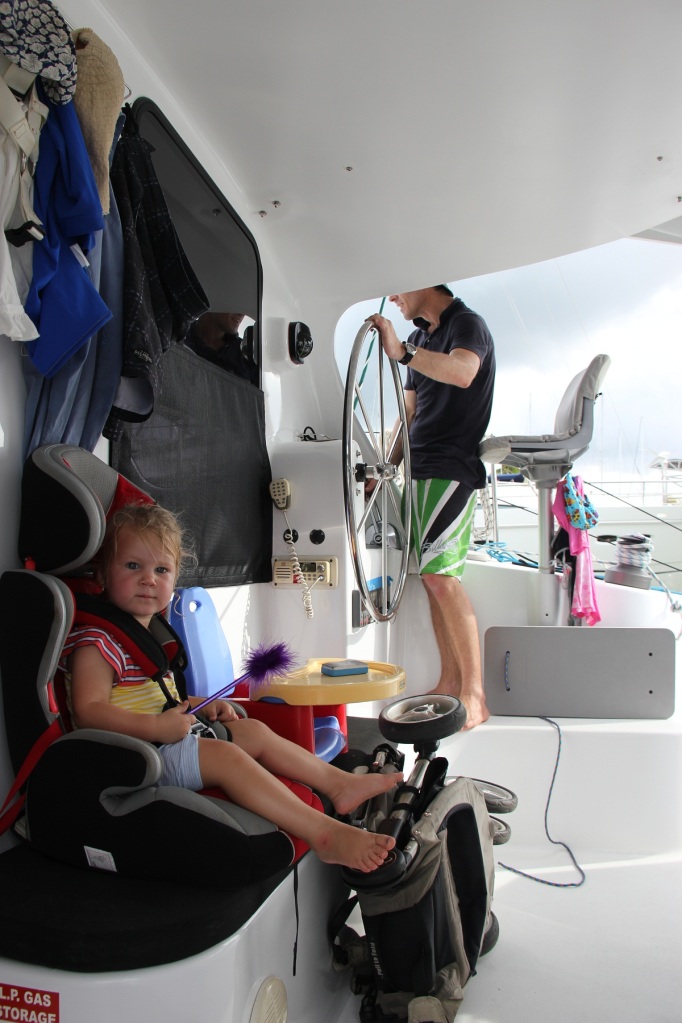 Now, I have always been petrified of us being hit by lightening; it is my greatest sailing-related fear. But what happened to us was in no way like what I had envisaged. Over the years, my mind has conjured up any number of lightening strike scenarios, the most sensational being evoked on those long lonely passages, and on those long lonely nights sitting at anchor, when we wait for the fury of a storm to abate or to pass us by.

What happened to us was this: We heard a loud crack. We felt a shake. We saw the VHF antenna — which lives at the top of the mast — fall to the deck. That is it. It was not a big storm. It was the only lightening strike we saw or heard. Damn. Damn. Damn. But at the same time: Bless. Bless. Bless.

…We hobbled back to the marina we had left the day before. Fortunately, the anchor windlass worked so we did not have to manually pull up the anchor. And better still, the engines started so we did not have to use the tender as a tug boat to tow Zinc. This would have been tough — one of us in the tender out the front driving, the other on Zinc steering and Willow strapped in her car seat screaming, for hours.

…Our insurer had electricians on board within an hour of us arriving at the marina to eliminate any post-strike fire risk, and had a marine surveyor on board the next day to assess the damage generally. The assessment process was thorough. It included Zinc being hauled out of the water to inspect her bottom side for damage — which there was none. Bless.

…The damage was all electrical. The instrument circuits of all of the complicated electronic equipment onboard — chart plotter, radar, auto pilot, depth transducer etc — were fried. The main wiring remained intact. The electrical items with simple circuitry — TV, stereo, fridge, freezer etc — only needed new fuses to fix.

We are sad. Very sad. But to play the glad game:

Things could be worse. Much, much worse. I know. I have seen the other scenarios in my mind’s eye.

LIFE. Living in a marina is not what cruising sailing is about. We have spent far too long in a marina this year. At times it seems that the only thing left for Dale and me in life is to grow old at Boat Lagoon Marina and, in sixty years time, to be carried away in a box. Did I mention we are sad about being hit by lightening?

…This is the view from our back step.

…This is our buddy Peter who drives us around.

…This is the jewel of Boat Lagoon Marina. We are here two, often three, times a day.